Please find the homework for this week, due Wednesday 22nd January 2020

Reminder that the food journal can be handed in on Monday or until it is completed, many thanks.

Please see the curriculum overviews below. Kindly have a look a the attached documents and discuss with your children what they have covered as they progress through the terms. At times, we may link subjects together for enhanced learning opportunities. Encourage your children to share what they have learnt from the overviews to enable meaningful and engaging conversations about their learning.

Please find the homework archive below:

Year 3 performed a fantastic assembly for parents about Holi, the arrival of Spring. Their assembly was educational and interactive yet entertaining. Even Mr Craig had a part! The children spoke confidently about the story of Holika and Prahlad Maharaj as well as the deeper meaning behind Holi. They also sang sweet songs about springtime and danced despite the weather conditions at the time! It would seem that their wonderful singing actually led to the arrival of Spring.

Dhwani, “This assembly was special because it was about a very special time that Hindus celebrate.”
Kaylen, “When I said my line, I felt very proud of myself because I was speaking in front of lots of people.”
Aum, “When I was singing during the assembly, I felt happy and joyful.”
Dhruv Patel, “Even though I made a small mistake when I spoke, I was still proud of myself because I showed courage.”
Vanshi, “My two favourite parts of the performance were when the dancers were dancing beautifully and when some children were acting like Prahlad, Hiranyakashipu, Vishnu and Holika.” 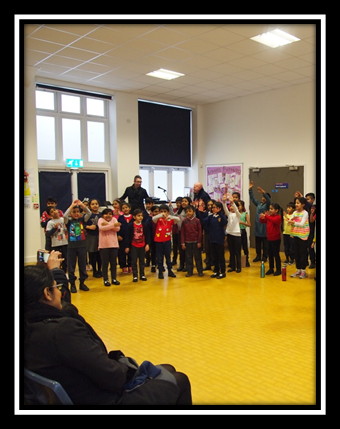 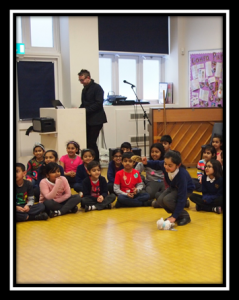 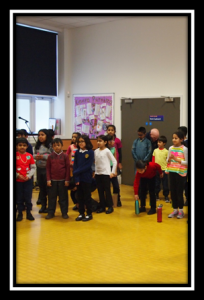 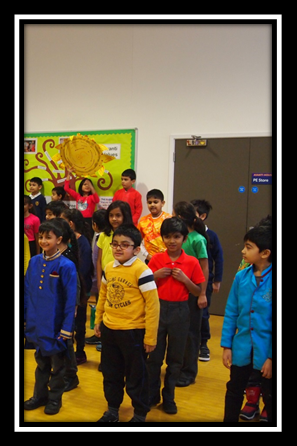