Moving to a remote setting proved to be challenging for many in education, whether you were a parent, pupil or staff member. One of the largest barriers to overcome was Assessment for Learning (AfL).

In September 2020 there was a movement to change the way in which homework was set in Science, which was to include the use of feedforward assessments. This stands as one of the ways that many subject areas have chosen to adapt their practice by turning short term Covid-19 solutions into long-term evolutions. Shaveta not only shared in the pioneering of this approach, but she also decided to work on measuring the success of this new AfL strategy which included Google Forms, as shown in Figure 1.[1]

Figure 1- Google Forms can be accessed via multiple platforms

Feedforward assessments are multiple-choice tests that, upon completion, are automatically assessed. The questions were not stereotypically easy. Using different exam boards, challenging questions that sometimes ask the pupil to identify which is the least correct response. Often, they involve multiple step calculations that would normally otherwise be broken down in a standard GCSE paper. This way the effective nature of the test is not ruined by the multiple-choice format, as discussed by Christodoulou in her research on multiple choice questions.[1]

The intent of the Science team was that reflection and progress would be made during the preparation before as well as after they completed the test. Once a pupil submits their test they not only receive a score, but they also have the opportunity to work on specific areas in which they did not perform. To create this opportunity, the teachers added weblinks for all questions such that when a pupil submits an incorrect answer, the link is shared for them to take control of their own learning pathways and work towards mastery independently. This increases the chance of pupils reaching a level of self-regulation[2] as shown in Figure 2 (Hattie and Timperley, 2007).[3]

Shaveta’s investigatory approach was to measure the engagement and impact of these feedforward assessments from a pupil’s perspective. As mentioned previously, the lockdown had both personal and professional impacts on the way in which we work due to the different demands we were put under. It has shown that pupils can learn independently in many different ways outside, as Figure 3 suggests[4]. 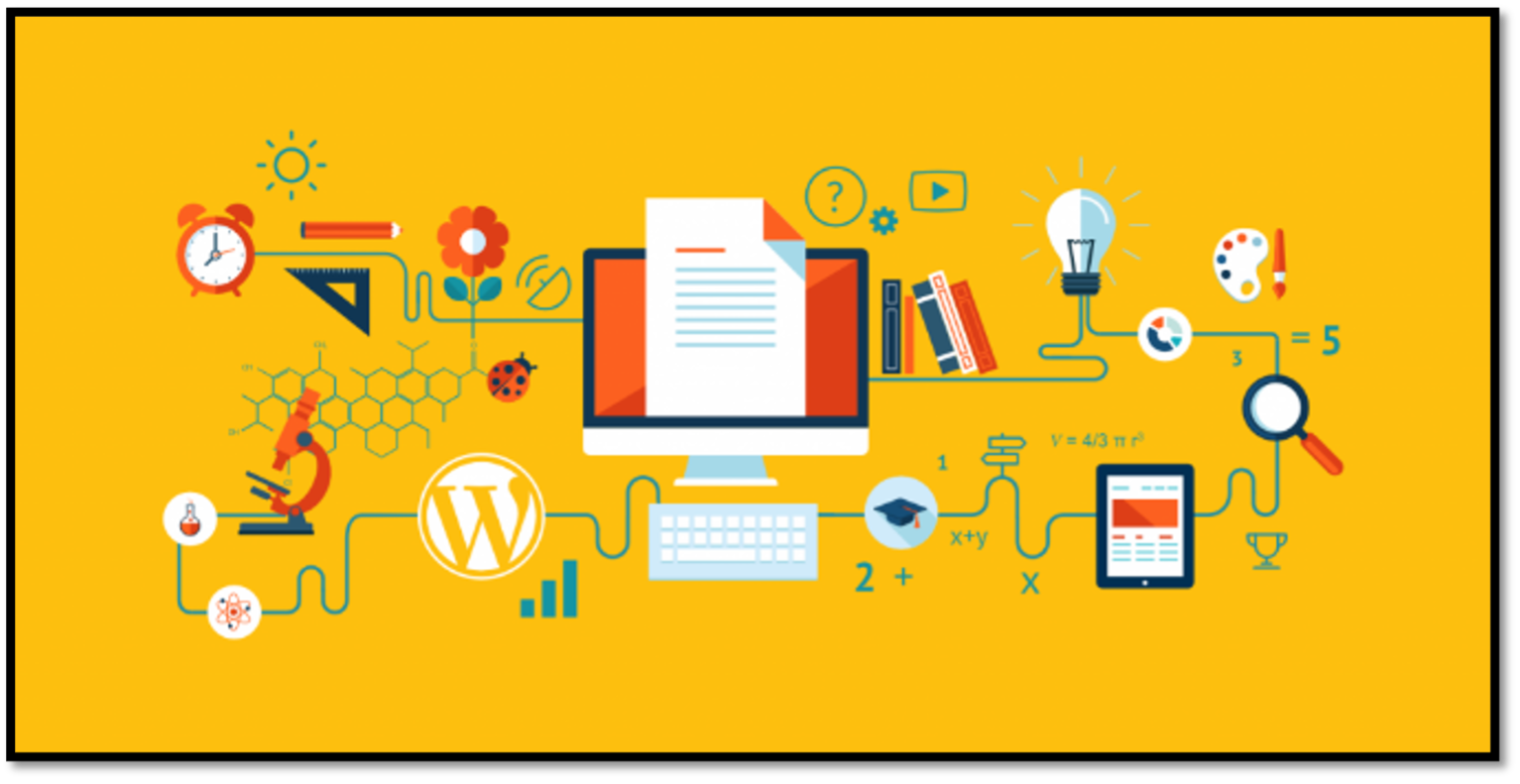 Figure 3 – The lockdown has impacted the way in which pupils learn.

The implementation strategy was achieved through effective monitoring, support, scaffolding and shared ownership. Once feedforward became an integral part of the Science Assessment for Learning Policy, Shaveta asked pupils from the targeted year groups to complete a survey.

Figure 4 – Pie chart to show how well implemented the strategy was from leaders at all levels within the department.

Shaveta analysed the information, and she evaluated her initial intent as well as the way in which she implemented her RIS. From Figure 4, she explained, “I will ask all teachers to use Google Classroom as well as Arbor to set the assessment and complete the feedforward. We could download the excel sheet with feedforward opportunities for each pupil and discuss them at parents evening. Some teachers might not have set assessments this year in the usual timeline due to our Covid Curriculum.”

Figure 5 – Pie chart to indicate if pupils felt that feedforward has a positive impact on their learning.

Figure 6 – Bar chart to show how pupils evaluated the overall effectiveness of feedforward.

The Science department have truly created something that can truly be used again and again, though the weblinks may need to be updated for the feedforward opportunities. When reflecting on this, Shaveta also said, “During department time I would like the staff to work in pairs to update feedforward links based on suggestions from the pupils.”

Figure 7 – Pie chart to show the most effective formats used for feedforward. 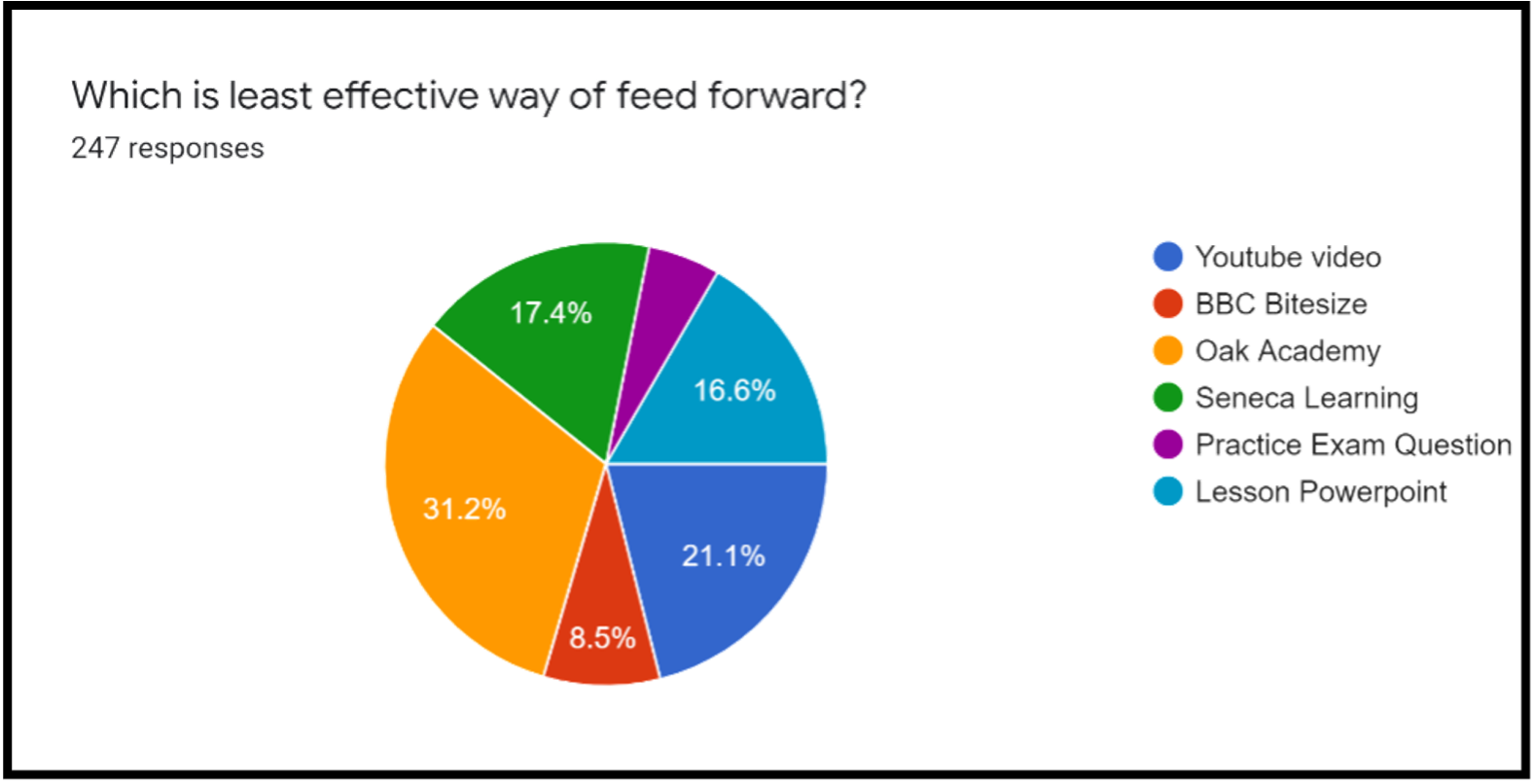 The feedback from the final question in the survey which asked pupils to suggest improvements such as:

“To practise more exam style questions specific to a question in order for them to understand and improve their grades.”

“More teacher input/ going through some questions in detail during the lesson after they have completed the assessment.”

The positive aspects of the survey show two main themes. Firstly, pupils found that more opportunities to practice their skills in specific areas was the most beneficial aspect of the feedforward. Secondly, the data suggests that YouTube is helpful to revisit content. Both are dependent on quality and relevance and could be unpicked further. This is yet another direction in which Shaveta’s Research Informed Strategy could take her.

When looking at multiple options, Shaveta has decided that a way to look at the impact this has on pupil outcomes may be the next step. At the moment, pupil perception suggests that Feedforward AfL is a positive experience. Could this format use the engaging advantages of gamification whilst still allowing progress to be rapid, sustained, and precise?