The Queen and Prince Phillip visited Krishna Avanti Primary School in Harrow which played host to her Majesty’s Jubilee celebrations in March 2012.  The royal couple were taken on a tour of the site and greeted by members of the local community. They enjoyed a verse in Bengali chanted by Year 1 children as Ravin Gantra, chairman of The Friends of Krishna-Avanti School, explained: “They recited a poem by a 16th Century Indian writer all about selfless duty to God, about humility of worship and devotion to God with qualification.

“It was chosen by the school’s faith partner, ISKCON, and it’s absolutely appropriate that a theme which represents unity for all ethnic minorities should be chosen.”

The Queen next unveiled a tapestry commissioned from Dovecot Studios in Scotland that shows a scene in which Hindu saint Lord Chaitanya is speaking to animals in a forest setting.

Srutidharma Das, a parent, a governor and faith advisor at the school, said: “I explained to The Queen that beyond all material designations and differences that everybody should come together and through singing and dancing surrender their hearts to God.”

Nitesh Gor, chairman of governors of Krishna-Avanti Primary School, escorted Her Majesty around while Marianne Locke, the council’s divisional director for community and culture, played host to the Duke of Edinburgh. Afterwards, Mr Gor said: “I was waiting to be nervous but actually Her Majesty put me and the other host Marianne completely at ease. She was very friendly.

“She said it was a beautiful school and she was very impressed by the childrens’ performances, being so young.

“The Queen was very appreciative of the variety of different things that were performed for her. The diversity, a key part of the presentation, really came through to her.” 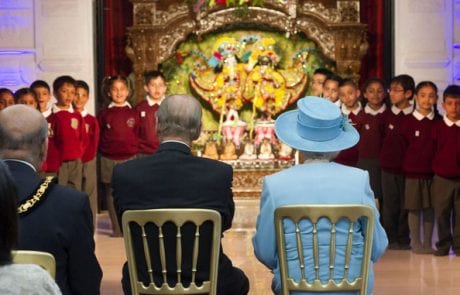 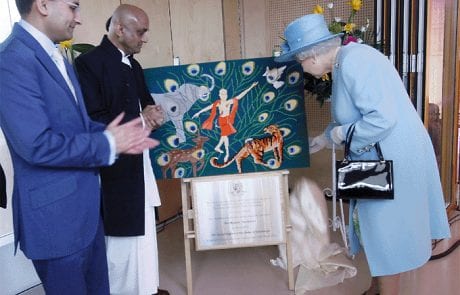 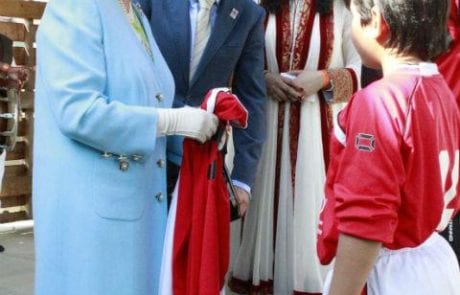