Every year, the Mayor of London holds a competition called ‘The Fourth Plinth’ for London schools.  In Trafalgar Square in central London there is a central column with a statue of Admiral Nelson on it.  Around this column there are four plinths, or large stone box-like structures.  There are sculptures on three of these plinths, but the fourth one is empty, so a famous artist is asked once a year to create a sculpture which will in some way represent London and its people.

Although the artwork submitted by schools is never actually exhibited on the plinth, it is displayed in City Hall, which is where the Mayor of London, Sadiq Khan has his office.  Around 33 children have the opportunity to win a prize to represent their borough, and another 30 children can compete for the runner-up prizes.

This year, a pupil from Avanti House Primary School won a prize which represents the borough of Harrow.  Shayan Patel in Year 3KK created a sculpture of Grenfell Tower, which tragically set fire around two years ago.  The competition judges liked Shayan’s powerful image of a blackened tower with flames bursting through the windows because it was an event that had an impact on the whole of the UK and even internationally.

These are photos of Shayan with his sculpture and receiving his award from the Fourth Plinth judges – The Mayor of Art and Culture for London and famous artist Gillian Wearing. 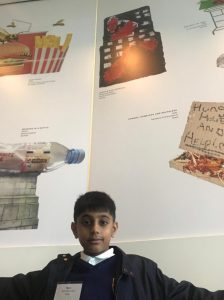 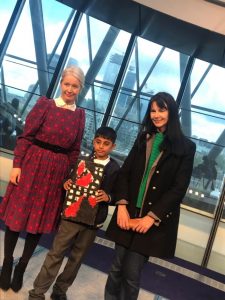